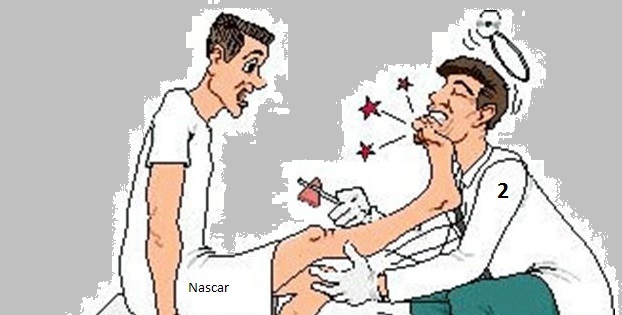 Once again, if the actual racing isn’t water cooler fodder for the week, Nascar’s decisions are. As they say, there’s no such thing as bad publicity.

I know somehow there’s a reasonable solution to having fair restarts. However, Nascar’s decision vis-a-vis the 16 and the 2 was not it. The fact that the 2 never got the lead  ( a benchmark used to make a ruling not long ago ) and the extreme probability that the 16 was never going to win that race, made the call look even worse.  Nobody knows the sport better than the folks who run Nascar and I’m sure they’re doing their best. Some folks over at racing-reference.info have what appear to be good ideas. Obviously they are easier proposed than implemented.

So nice of Nascar to start putting their foot down after the playoffs have started.

The 4 team has clearly been the best for 2 years ( regardless of how many wins he has this year ) so Rodney Childers has to be at least one of  the best crew chiefs. So what’s up with back to back horrendous calls to start the playoffs? In the heat of battle, sometimes perspective is lost when weighing risk versus reward. I guess.