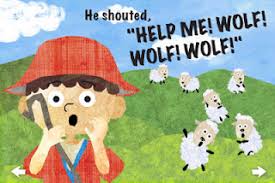 Paul Wolfe and his driver are realists. They understand what they have in a car and the track situations. They’ve made a very successful career out of pit strategy and fuel management with that understanding.

Then there’s Adam Stevens’ call for the 2017 championship. Considering the gravity of the situation, he made one of the worst calls in Nascar history. He and his team had easily the best car most of the day, were racing only 3 other cars, and were leading the race. Seems to me there’s no reason to gamble. Sometimes you should “do what the others aren’t”. But that’s when you believe you have no other chance. Certainly not the case for the 18. Stevens’ wager was the race was going to go green for the final 60 laps. What are the odds of that. Nascar hates a race that ends with the last 25% under green, regardless that they failed to throw the yellow when the 66 had a problem and apparently threw a piece through the 4’s front end. It’s the Championship race on national broadcast tv. Who thinks there won’t be a caution for the final 60 laps?

The only strategy for the 18 should have been prayer. Do what your competition does pit wise and pray that when the caution flies there’s at least 10 laps to go to the checkers (normally the 18 doesn’t have restart issues, but this race was different.)
That said, I don’t think there are too many who are not content with the outcome. Well, maybe just the 18.
By Gary Erdakos